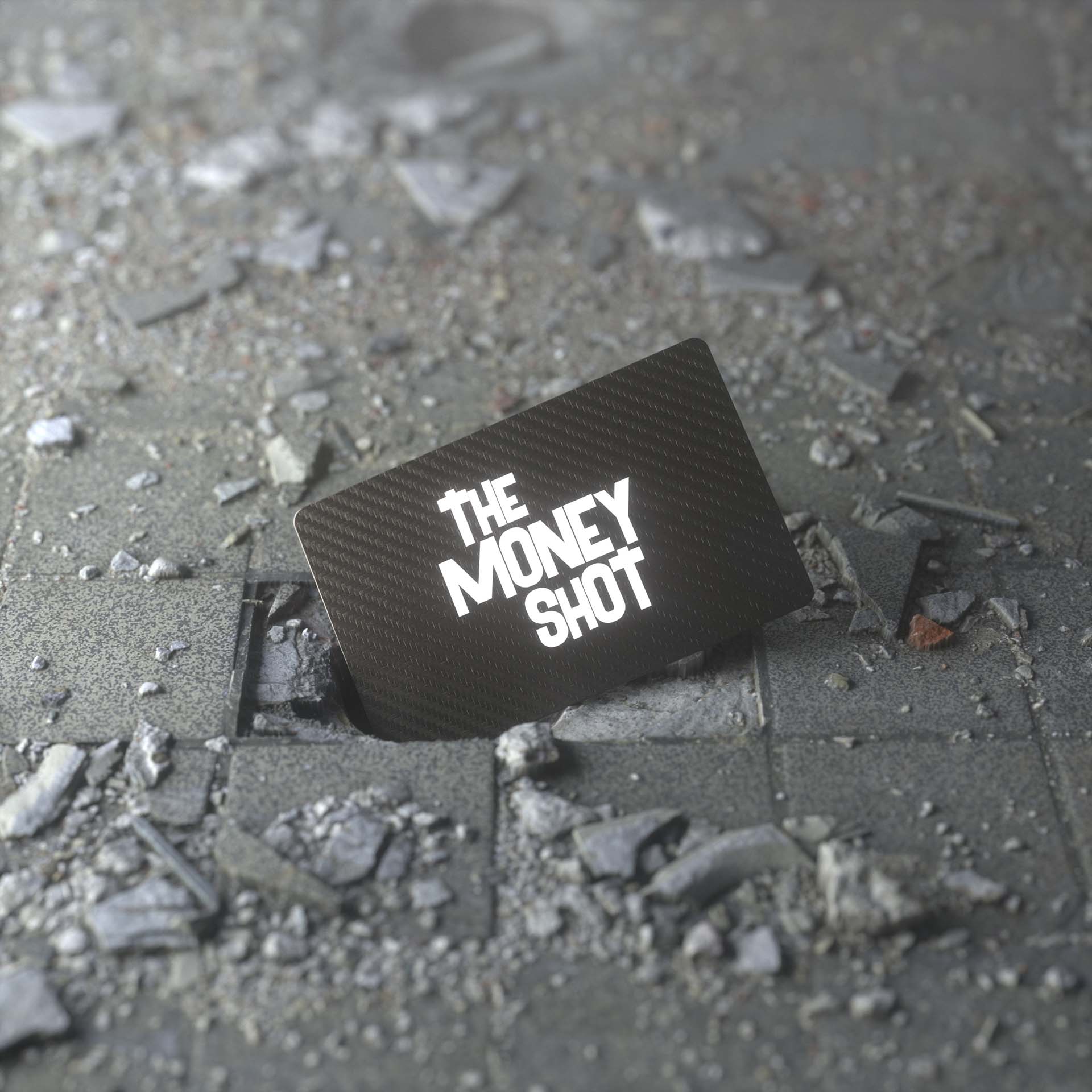 Own
a
part
of
the
next
wave
of
British cinema.
JOIN THE ALLOWLIST
Watch the Trailer
WATCH THE TRAILER

We want to
level the
playing field
and change
the way
movies
are made
with Web 3.
We want
to
make
award
winning
movies
with
you.

Our Access Pass will be available for a limited time and give holders airdropped MovieNFTs for as long as they hold it.

Our MovieNFTs will give everyone the chance to become a movie producer. Complete with behind the scenes access, set visits, premiere tickets and royalties on some films.

Our academy works with disadvantaged and underrepresented young people. We give them crucial experience and contacts in an industry that would otherwise be closed off to them.

We want to build a community who are still with us when we make film number 50. That's why we are making NFTs with awesome game mechanics, artwork, intelligent rights management and much much more.

Two kinds of passes with two levels of access. Access Pass NFT Holders will get air-dropped Movie NFTs for free and much more. Popcorn Pass holders get access to The Money Shot community and a look behind the scenes of making movies and NFT projects.

Launching in November 2022, we are expecting this pass to mint out slowly over time as we build our relevance in the space.

Rare 1 in 10 trait could make your Popcorn Pass convert to an Access Pass on Mint.

Popcorn Passes are eligible for some Movie NFT free airdrops.

White list opportunities for some Movie NFT's and some collaborations.

Access to Behind the Scenes videos and live streams.

Rare Set Pass traits will give holders access to visit the film set.

Priority questions at all Filmmaker AMA's.

Your name on the films end credits.

Launch Party Invitations to hang out with the stars of the movies.

We will be announcing the first few movies we will be producing when we launch the Access Pass NFT. Access Pass NFT Holders will get air-dropped Movie NFTs for free, whitelist access and more.

A version of Macbeth shot in modern Britain. Currently at the end of Post-production.
NFT Features: Coming Soon

A British gangster thriller. Shot in the style of films like Drive. Currently in pre-production.
NFT Features: Coming Soon

The Burning will be our third Movie NFT. Currently at the scripting phase of pre-production.
NFT Features: Coming Soon

We are giving free Access Passes away to some of our favourite NFT communities. Click your NFT below and sign up for your special communities special raffle! More to come.
WTF is an Access Pass? 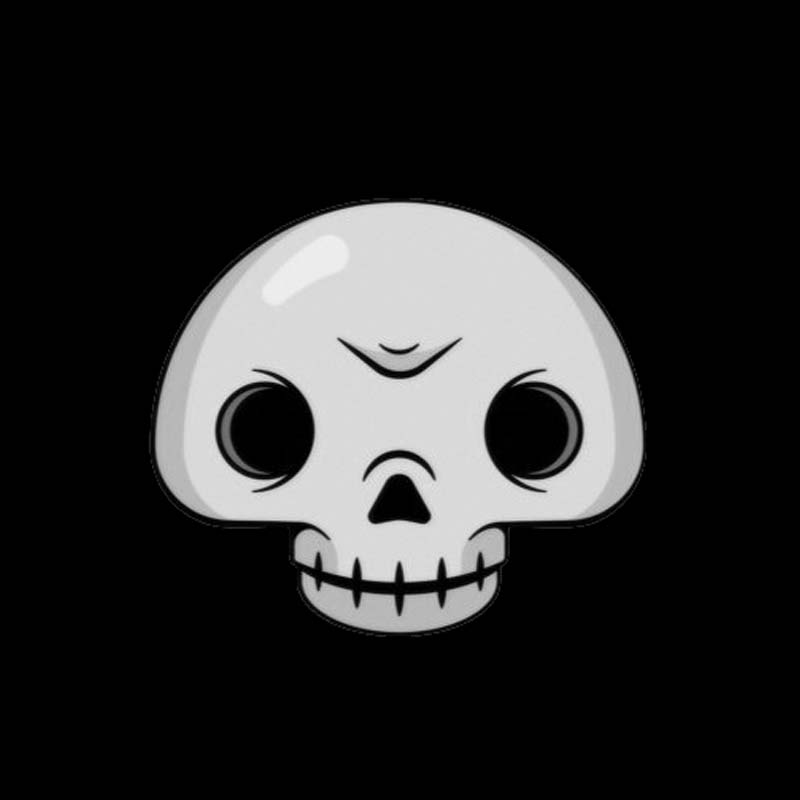 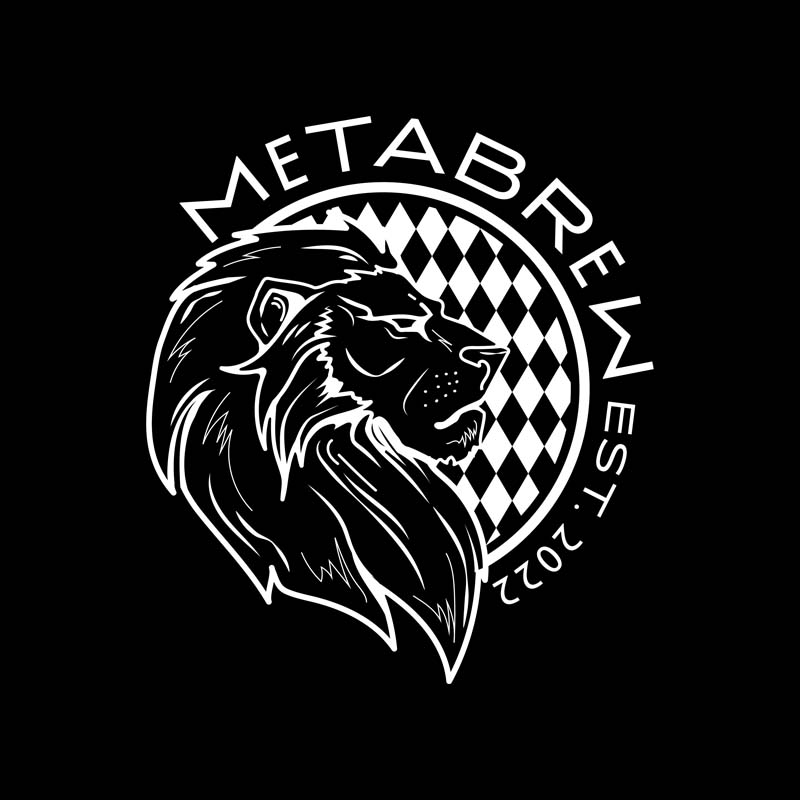 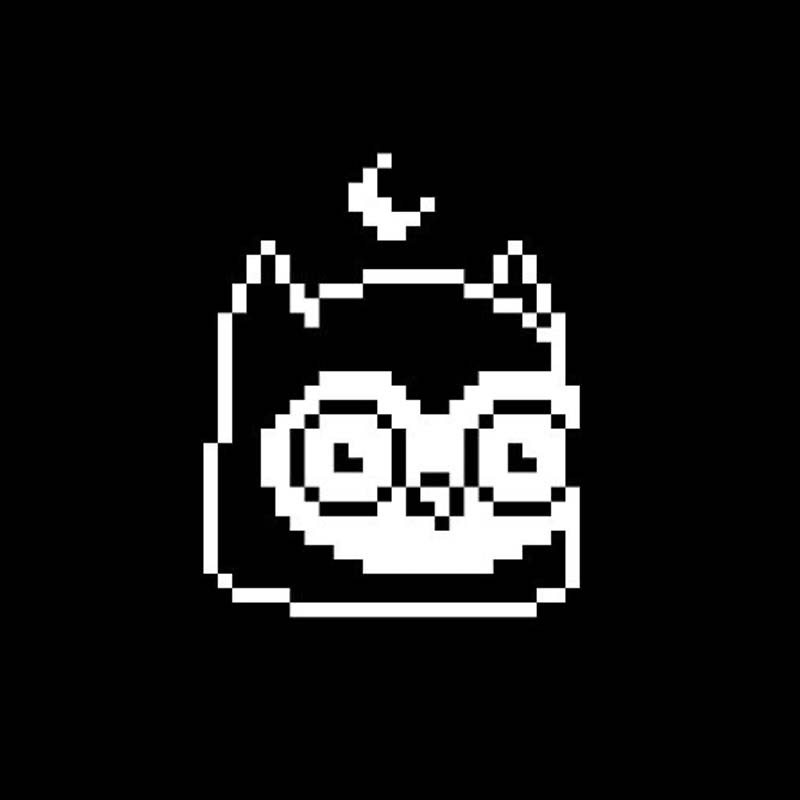 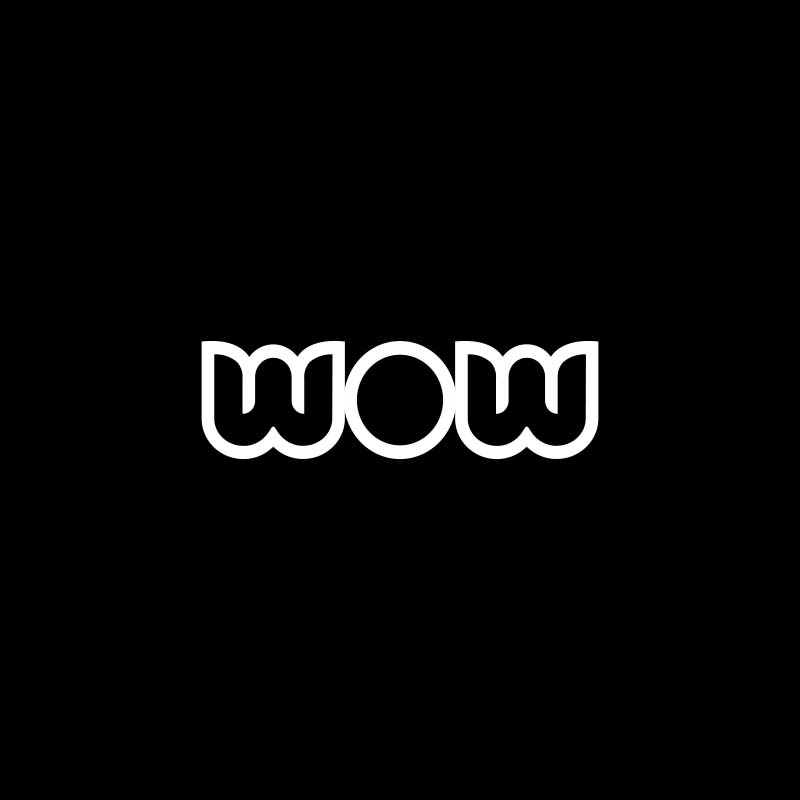 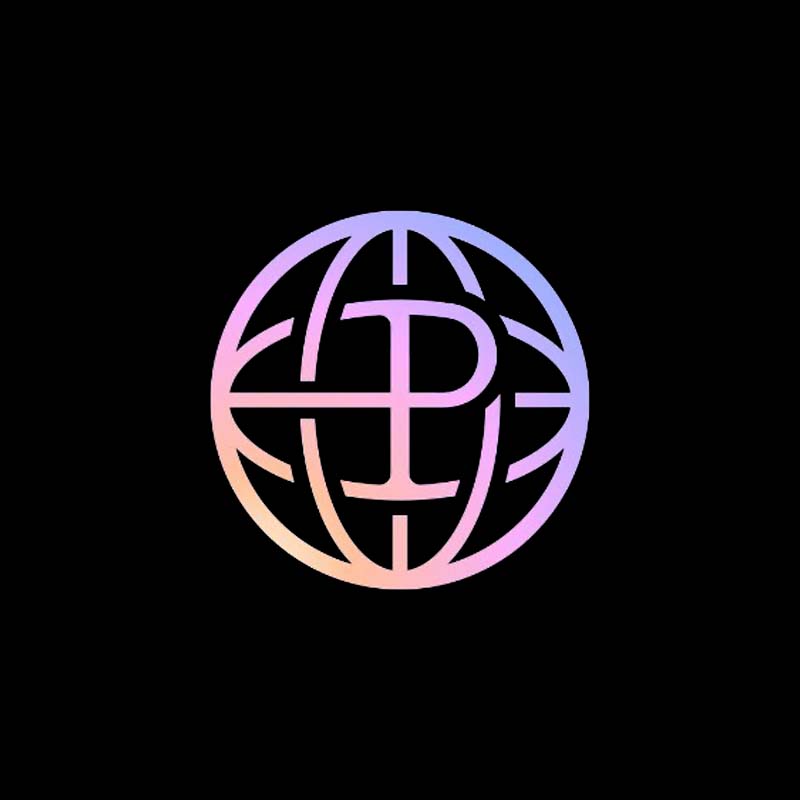 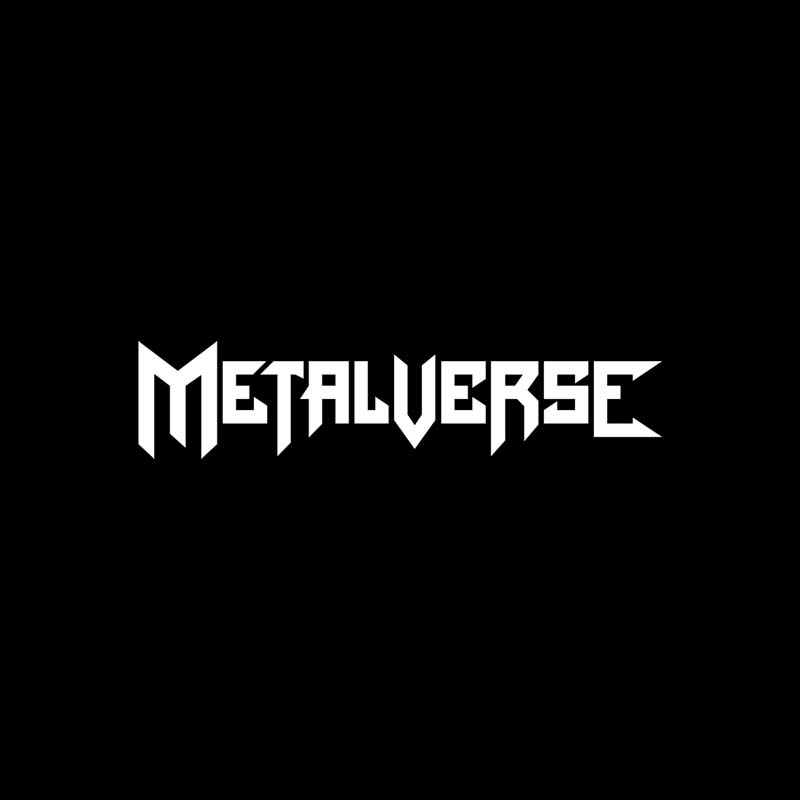 Free Pass RaffleWhitelist
We have a few more Access Passes for great communities. DM @peterfsnell on twitter and let's build something.

Transform your payment link into a QR code that customers can scan with their phone to pay.

We produce high quality British micro-budget movies, collaborating with seasoned professionals and artists.
But we go one step further too. We also give disadvantaged/under-represented young people the experience and skills they need to build a career in the film industry.
Follow us on Twitter
Movie Making FAQ
NFT FAQ

The founders of The Money Shot have been in the creative and movie making business for decades.

Peter Snell has been working in the film and television industry for the last 15 years and developing projects in web 3 for clients and himself for the last 2 years. He is the nerdy creative that will be merging the NFT's with the movie making process and ensuring value for all NFT holders.

Our team are seasoned professionals that have worked on major motion pictures to TV and video games. They are also the ones passing down their experience and knowledge to our young, aspiring filmmakers.

We make movies produced on a budget, but not a budget that means we can't make good movies. This model not only allows us to give directors creative freedom but also allows us to reach a profit quickly - putting that profit to work on the next film, the next set of Movie NFT's and so on.

Think Blumhouse and you can't go far wrong. They started in 2008 with Paranormal Activity - which was shot and produced for $15,000 but grossed over $193 million worldwide.

We won't be making movies shot with a handy-cam, but you get the idea. Smaller budget equals bigger profit, allows bigger budget next movie (if needed to make it great).

This is why our first project will be an action movie. Not only does it give us the opportunity to really have some fun with the NFT's, but action movies are selling like hot cakes at the moment.

How can making movies do good?

The Money Shot has partnered with Screen Northants for all its production - who in 2016 pitched an idea to BBC Children in Need.

The idea that was pitched was that we could use the film making process to raise aspirations in young people, with a particular focus on those who are severely disadvantaged and/or underrepresented in our industry.

Money Shot works directly with Screen Northants on the production of its movies. Screen Northants itself is made up of 2 strands. Film and Academy and they both feed into each other. They are of equal importance to the success of the project as whole.

As a result of this partnership we can make high quality professional Films/Television, while creating a meritocracy within industry. Levelling the playing field by removing socio-economic, geographic and cultural barriers so that anyone with the right work ethic will have a shot at the big time.

This seems like a simple statement but there are a couple of compelling reasons for wanting to do this.

Firstly, because we engage disadvantaged and underrepresented young people on our projects, the expectation from industry was that the films themselves are simply educational tools or worse, student lead films. This is not the case, the best analogy we have for our model is that of a teaching hospital. Highly skilled professionals doing the work, while at the same time teaching juniors, allowing them to observe and even gain hands on experience whenever possible and without detracting from the quality of delivery. The student is in the operating theatre but ultimately the qualified surgeon removes the kidney.

Secondly, we have found that best way to reach the more severely disenfranchised and disengaged young person is to treat them like an equal and engage them on projects with substance. To say “I trust you” to work on a film we have made up as an academic exercise for them is a waste of time. To say “I trust you” on a film that is everyone’s livelihood and puts food on tables to feed our families, has a massive impact on how those young people engage.

Thirdly, we want a BAFTA. We want to make films that are critical and or commercial successes as this not only validates the model but also helps subsidise it.

What is The Academy?

70 disadvantaged young people will get unprecedented training and work experience in Film and TV.

The Academy  is a 7 year programme which provides educational pathways and industry experience for 14-21 year olds.

How it works is simple. We identify young people through engagement with schools directly or in connection with the Schools Film Competition. From 14-16 we provide work experience on 2 films (one per year). We then guide them to an appropriate Further Education course and from 16-18 they gain experience on 2 more films. By this point we hope they will have a clear idea of which department they want to work in and we then guide them to an appropriate Higher Education course. Throughout the HE course, they will gain additional experience on 3 more films, but now focused specifically on the department they want to work in. At 21 they leave University with a degree, 7 feature films on their CV and decent network of professionals to chase for work.

What is a Movie NFT?

Movie NFT's are a creative way of raising money to produce movies. Every project will be different and come with unique artwork, trait's, attributes and utility.

How many Movie NFT's will there be?

This will be Movie NFT dependant as well. Every movie is different and comes with it's own fund raising abilities. Also when a project is successful, 100% of the profit's go toward making the next Movie as a result holders of that Movie NFT will be automatically air-dropped the next one.

What is the benefit of owning the NFT?

When will the project launch?

Soon. We are working on a few things first.

What will the first Movie NFT be?

We have several movies in the pipeline currently, some with initial funding secured and others with no fund at all yet. We will announce the first Movie/Movie NFT with the launch of the Access Pass NFT.

Our discord will open after the Access Pass Mint has completed. We will be hiring mod's and staffing our communications so the founders can focus on launching the Movie NFT's and producing the Movies themselves.